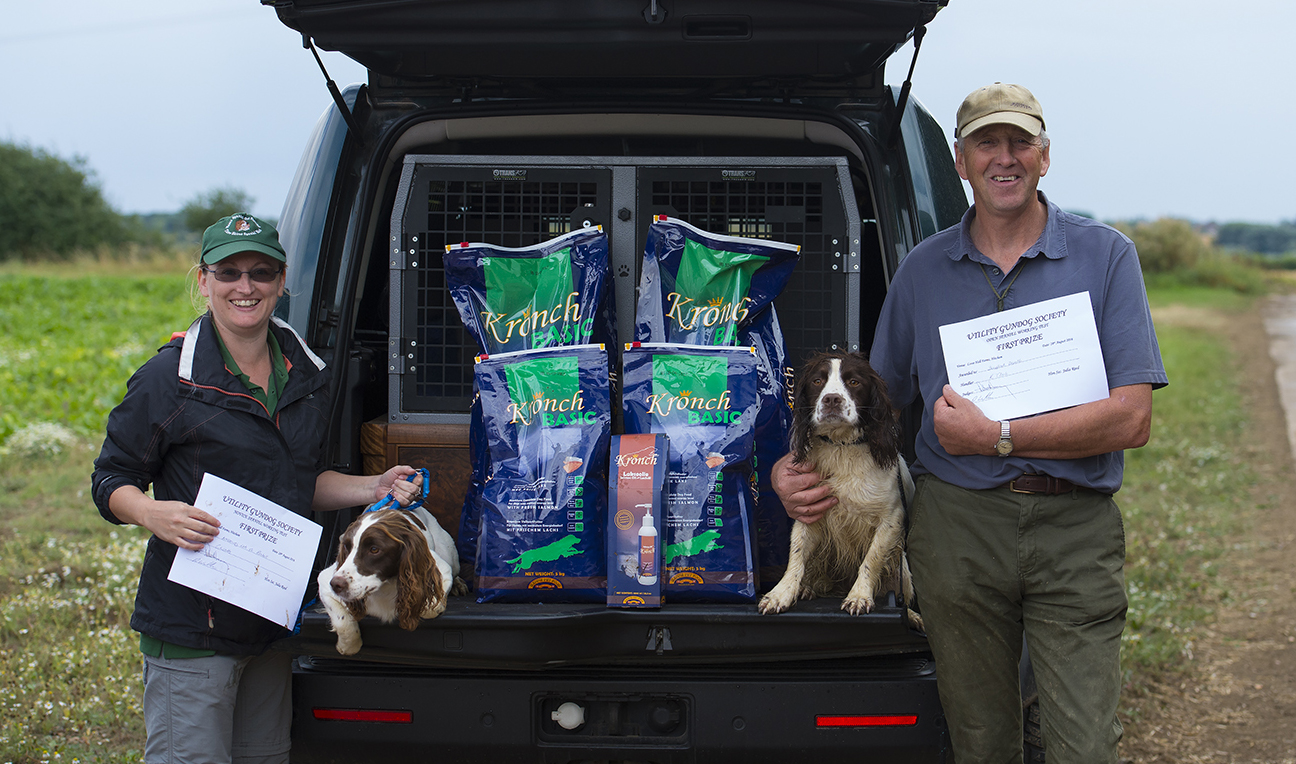 The Club held a Novice and Open Working Test in Sugar Beet at Loose Hall Farm, Hitcham by kind permission of Kevin Easey. The Judges for the day were Peter Avery and Andy Waterhouse.

After a very hot couple of months I was very worried that it would be far too hot for Spaniels, fortunately it was a cloudy, breezy day with acouple of sharp rain showers in the afternoon. The scent was good, helped by large coveys of Partridge and several Hares!

The Beet was a good size and the judges were able to see the dogs working, the novice had a mark in front and a blind behind but in the Open there were two marks thrown one after another with the dogs having to cross the line to pick the other side’s dummy, this sorted the dogs out as some found it very difficult.

Thanks to Sporting Saint and Kronch for their sponsorship and to my merry band of helpers, the Judges and the Landowner.