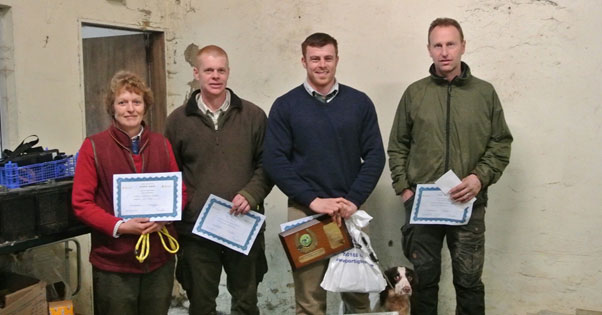 We held our Open AV this year at Brook Farm, Cuffley by kind permission of Dave Thomas. This is the most fantastic ground for Spaniels literally just off the M25, the game supply was constant, the Keeper Martin doing a great job on the radio moving stops and flag men, nothing is too much trouble for him, he makes my life very easy!! Judges for this stake were Ben Randall and Tom Sheppard who saw sixteen Springers vie for first place. The decision was reached quickly with no need for a run off.

Thank you to everyone who contributed to the day, the guns, the stewards, game carriers, stops, Charlotte, Sue, judges but especially to Martin the Keeper and John Keegan who put me and Tom up the night before!!